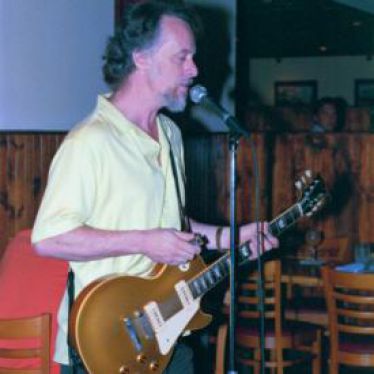 “What am I doing playing music popular 40 years ago?” asks MacPherson. “I think it just feels comfortable to me and it’s the sound I like. It’s still a form you can put yourself into and express yourself. I like the stories it tells. It’s still relevant to me and to everybody.” That may be true, but it’s Rich’s style and talent that keeps audiences coming back to hear Filthy Rich and the Poor Boys. Rather than pounding away at listeners, as many of today’s musicians tend to do, Rich understands that good musicianship and restraint are essential. “If it gets too loud, it can kill the creativity,” he says.

Rich is at home entertaining audiences of all ages and frequently leaves the stage to get up close and personal. Whether delighting a group of young women with his titillating guitar antics, or encouraging a group of small children to strum his guitar during a song, Rich adapts his performance to be in tune with his audience.

Off stage Rich MacPherson is a quiet man of few words, but put a guitar in his hands, and strap yourself in. If you’ve never heard him play, you’re in for a treat. “Hey, “nuf said,” says Filthy Rich. “Give us a listen. We know you’ll be satisfied.” 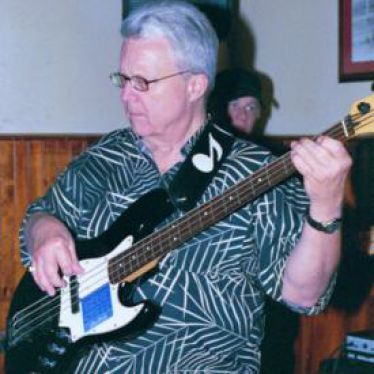 Bassist Ken Nerbak (AKA “Big Boy Kenny”) was drawn to the blues while growing up in Bayonne, New Jersey. During his early teens, he enjoyed listening to some of the greats in Blues Roots music on WNJR radio out of Newark, New Jersey. This is where his passion and foundation for the blues was born.

Ken’s introduction to playing for live audiences was with “Swing Time,” a sixteen-piece band playing the big band sound of the 30s and 40s. Many of their arrangements were blues-based compositions and arrangements, particularly the Duke Ellington, Billy Strayhorn, Randy Brecker, Tommy and Jimmy Dorsey, Glen Miller and Sammy Nestico pieces. “This was the best training I ever received,” says Ken.

Longing for club work, Ken took over the bass duties with “Wreckless Abandon” and later moved on to “Roadside Louie and the Dusters” and the “Johnny Charles Band.” Prior to relocating to Southwest Florida in 2014, Ken spent over twenty years with “Filthy Rich and the Poor Boys.” Their CD “Keep It Simple” contains 12 original tunes all written by bandleader and guitarist Rich MacPherson. Ken can be heard on the album playing both upright and electric bass along with David Sang on drums, Bill Hunt on second guitar and Dennis Gruenling on harp. Members of the band also appear on “Live at the Stanhope House” backing up the late, great Homesick James (cousin of Elmore James) at the iconic Stanhope House in Stanhope, New Jersey.

Ken also plays regularly with his sons David Nerbak on guitar and Matthew Nerbak on drums as “The Nerbak Brothers” of Vermont whenever he’s in town.  Ken’s love of the blues and the pure joy he experiences playing for an audience are obvious every time he takes the stage. 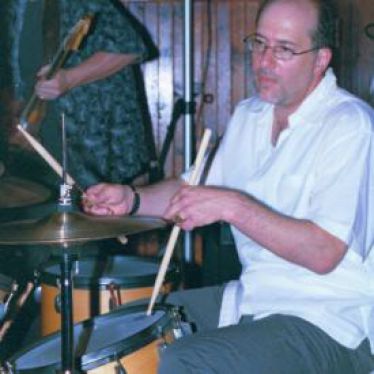 David Sang grew up on Long Island, New York listening to music and learning how to play drums at an early age. Blues became his musical choice of direction. Prior to playing with "Filthy Rich," David was drumming with various bands in swamp houses throughout the tri-state area. David started playing and became a founding member of Filthy Rich and the Poor Boys around 1990. He knew he had found a musical partner in Rich when on their first gig, Rich and David knocked back a shot of whiskey, Rich stepped to the microphone and greeted the audience by saying "hey you X!X@?!XX."

David has had the honor of drumming for Snooky Pryor, Homesick James, Honeyboy Edwards, Steve Guyger, Little Sammy Davis, Jimmy Dawkins, Pinetop Perkins and Jimmie Lee Robinson and has appeared on the bill with many other great musicians.

Says David; "Executing a greasy, seamless, dynamic groove and maintaining a sensitive approach to backing up the bandleader is what is important to me musically. My goal is to always focus on trying to make the bandleader and band sound great."

David continues to enjoy playing his deep blues with Filthy Rich and the Poor Boys.